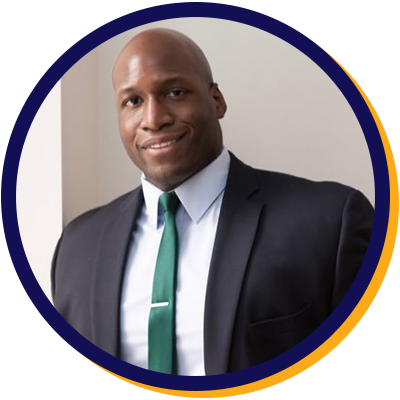 Yes, we need to build up trust between law enforcement and the communities they serve. More transparency is step one to achieving that trust. If there is an officer who is behaving unprofessionally, that should be in the public record with minimal redactions to protect the identity of victims or safety.

Yes, Delaware’s civil asset forfeiture laws are far too overarching. From a local level we can continue to push the State to implement serious reform to its civil forfeiture laws. Delaware has received a D- from the Institute for Justice, so we have a lot of room to improve.

Yes, transparency is key to having open and honest conversations about policing. If the data shows a disproportionate number of a particular racial group being stopped in Wilmington, the community should know about it, not just police departments. Our community needs more information from our own police departments to make informed decisions about what police reforms might be needed in the City.

Yes, the stakes are too high in Wilmington to not protect our first responders. The police endure significant trauma, stress, and are the front line defenders of the social ills that plague our society. If we want better policing, then we must make smart investments into policing health and wellness programs. As a leader on City Council, I will continue to lobby the State for funding for these necessary mental health investments.

Yes, I am leading the effort to set up a robust and well-funded body camera program with the Mayor and other leadership on City Council. We will start a program that holds officers accountable, protects the privacy of community members, and protects the mental wellbeing of officers under surveillance.

I believe there is a way to reform existing laws surrounding the issuance and execution of no-knock warrants. No-knock warrants are intended to make searches safer and more effective because suspects do not have time to arm themselves and/or hide contraband. But Breonna Taylor’s death shows how dangerous “no-knock warrants” are for communities. The unnecessary confusion these warrants cause in their current application is dangerous and unacceptable.

Yes, Operation Safe Streets heavily surveils parolees and their families, needlessly contributing to our state’s serious mass incarceration problem. Our road to prosperity is being blocked by tough-on-crime policies like OSS. It is time we change course and become smart on crime by examining available research and academic studies that provide alternate solutions that are working elsewhere in the country.

Yes, as the prime sponsor for Ordinance 20-034 (introduced in July 2020)  I am leading the effort to create a robust and representative community review board for police that is populated by community leaders. I am pushing for a community review board that truly has a voice and will have tools and resources to truly aid the police department in holding bad police officers accountable.

Yes, our prisons are bursting at the seams with prisoners. It is time to start being smart with how we help people overcome addiction. Rather than send users to jail where the problem will lay dormant we need to instead enroll them in treatment. As I have already done on City Council, I will continue to push for additional funding from the State and Federal government to develop these innovative local programs.

The Black community finds itself in a vicious cycle in which poverty reinforces racist stereotypes and racist stereotypes reinforce poverty. After 200 years of this abuse, activists are fighting to end historical inequities that cause racist outcomes and attitudes to propagate. Only a couple months into my first term I sponsored and passed a resolution that declared racism a public health crisis and demanded racial equity to be a priority in government. Further, in November 2019, as prime sponsor for Substitute Ordinance 19-054, I led the effort to repeal the unconstitutional and unjust panhandling laws in the City, which primarily affected people of color and those living in color. As a civil rights attorney, I know that we need changes to the law in order to correct historical disadvantages. This is why I am hard at work spending time and promoting investment in underprivileged communities. I will also work towards changing laws which needlessly inhibit communities of color from growing strong. I am pushing for unprecedented investment in our district’s local businesses–many of which are minority owned, supporting revitalization projects city-wide in underserved communities, implementing community-oriented policing policies, and pressing for fines, fees, and cash-bail reform. As a thought leader on Council. I am committed to bringing communities of color equal opportunity.