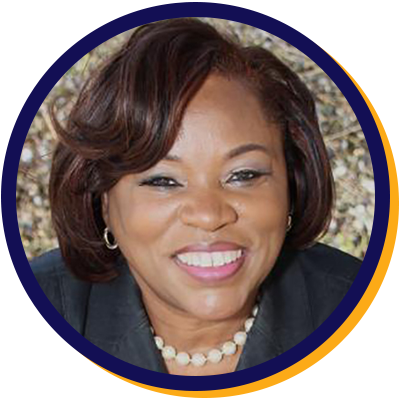 Yes. This type of data collection can be helpful in reducing biases if any, and how to better deploy officers depending on whats learned from the data. There are always opportunities for improvement and this is how the data should be used to identify gaps and find areas to improve.

No. It’s not needed. It’s already covered in their Health Benefits Package under EAP. If not, yes but mental health therapists an visits should already be covered .

Absolutely. It holds both the Officer and the person being addressed accountable. A harsh penalty should be applied if camera is turned off during active duty.

Yes. Body cameras should encourage officers to handle tax payers with more dignity and respect and certainly reduce police misconduct and records should be made available when requested.

Yes because too many mishaps, mixups and lives have been taken as a result of no knock warrants like Breonna Taylor’s and many others.

I want WPD to do their job by addressing the right people. Remove the harassing. No tax payer or non tax payer should be harassed!

Yes to everything. As to hiring and firing, have input. This makes for great relationship building, promotes transparency and accountability.

I would like to see WPD use this methodology if they are not currently using it. The New Castle County’s Hero Help is for anyone who lives in Delaware. They can refer individuals now.

HOUSING-Decisions for Health, Social Services, Incarceration and Education fall under the State Government not the City. However when I get calls, I have been a conduit to direct people to where they can get help and information regarding equal opportunities around housing to HOND and 211. EDUCATION- I attended the Superintendents meetings for Christina School District and Board Meetings to be at the table to get information to bring back to my constituents at civic association meetings. I was very engaged by asking for support and advocacy when needed. For example asking for Bancroft Principal to send a bus to pick up families that don’t have access to cars at the Neighborhood House for PTA meetings, etc. Which Bancroft did. When I learned that the youth coming to the NH needed tablets I reached out to the principal again at Bancroft to get the Children Computer tablets and she did. During the Christina School District Referendum in June I helped to get the word out to families in my district to understand the importance of the Referendum and to get out and vote on Election Day! The Referendum passed and our children will continue with extra curricular activities that they need and teachers salaries were funded and secure. ECONOMIC GROWTH-In addition to hosting 2 Job Fairs in South Bridge to hire residents from the community to work on the Solar Farm Project on New Castle Avenue. Immediately once becoming elected I met with the E&D office (Alfred Lance at the time and then Dwayne Sims) and wanted to understand how are we meeting targets to create opportunities and economic growth for minorities. We met and I learned how more effort and information was strategically getting to current business owners to build capacity and be qualified for Bids for the City of Wilmington as well as mentoring start up businesses. I meet periodically with the E&D office and ask for metrics on how we were doing. I‘Ve seen how a few more minority businesses have opened since 2017 and more are opening. There’s more work to do. Overall I am interested in the total economic stability and growth for the entire business district. The 4th District is the economic engine for Wilmington and its stability and growth is very important for the City of Wilmington and the State of Delaware. Over 56% of the City’s revenue is generated in the 4th district between wage and property taxes.