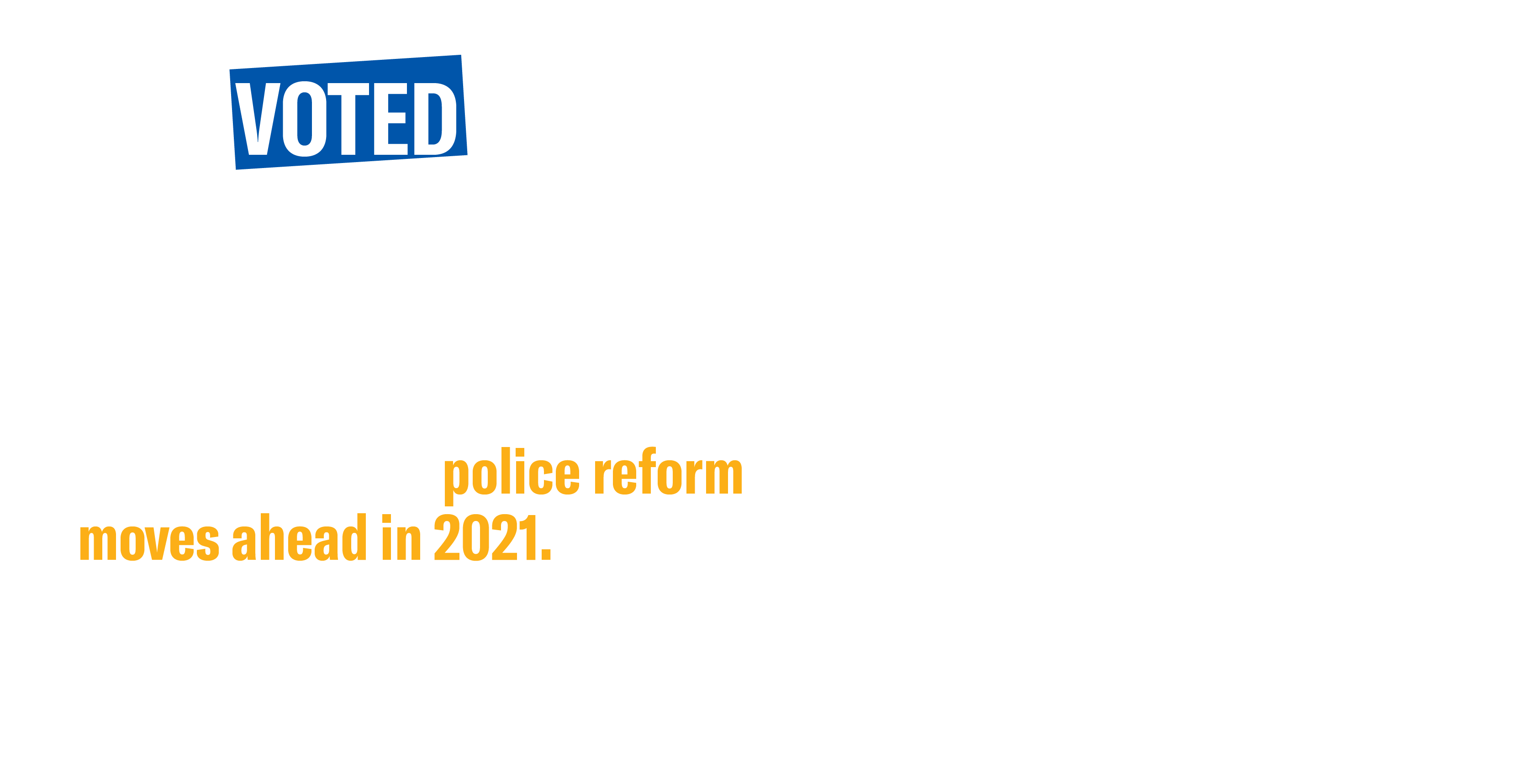 The Importance of Police Reform on State and Local Levels

For the 2020 election, the ACLU of Delaware and the Campaign for Smart Justice partnered with Game Changers to re-launch our Vote Smart Justice Delaware campaign with a focus on ending racial bias in policing practices through police reform in Wilmington.

Through local and partner-led statewide surveys, we identified which local and state elected hopefuls were committed to making police reform a reality in 2020. Then Delawareans across the state voted Smart Justice, and elected officials who care about these issues.

Now we must hold our elected officials accountable to making police reform a priority in 2021. There is an urgent need for police fairness, transparency, and accountability and Delaware leaders on the state and local levels have the power to make sure it happens.

City council members have the power to:
Oversee performance and effectiveness of the local public employees and programs
Establish regulations, including maintaining police departments
Respond to constituent needs and complaints
Pass ordinances and resolutions

If the mayor and city council members use their power to promote better policing approaches, we could dramatically increase public trust in our police department.

On the state level, our election officials have the power to create and pass legislation that would remove excessive protections of law enforcement, require the use of body-worn cameras, end unnecessary use of force, cancel harmful policing practices like Operation Safe Streets, among others.

Programs like the General Assembly-led Law Enforcement Accountability Task Force (LEATF) can be a key driver of holding our state elected officials accountable to making sure those changes happen. The LEATF is a committee of legislators, state leaders, and community representatives who are tasked with figuring out what the best options are for police reform in Delaware and making those recommendations to the 151st General Assembly.

Find Out Where Your Elected Officials Stand

See which elected officials answered our Vote Smart Justice candidate survey and find out where they stand on police reform.

See Where Your Elected Officials Stand

Police reform begins with our votes and our voices. Elected officials may hold the cards, but we are the ones who hold the power to change the system.

Make your voice heard and let your elected officials know that police reform matters to you — send your legislators a letter asking them to make police reform a priority in 2021. 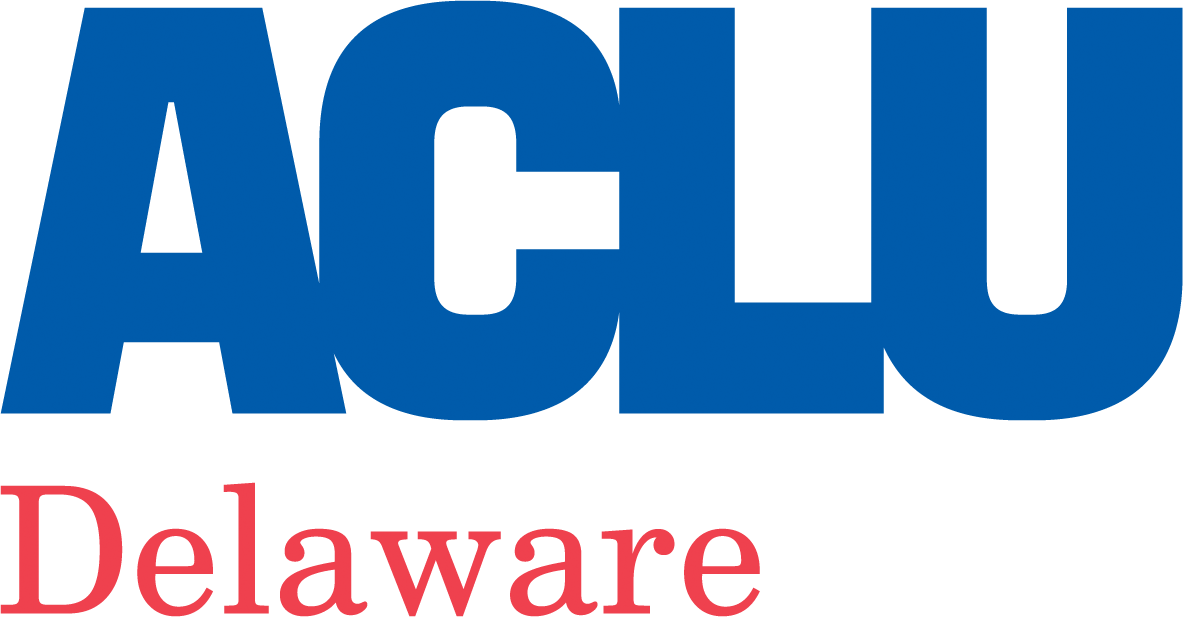 The next Delaware attorney general must commit to reducing the number of people going to prison and eliminating racial disparities that affect who goes to prison and for how long. The attorney general must also recognize that public safety is best served by focusing on solving the problems that lead to crime rather than maximizing sentences after crimes have already occurred.

Expand use of alternatives to prison
The attorney general is the gatekeeper to Delaware’s criminal justice system. The attorney general and the professional prosecutors in the attorney general’s office decide whether someone who is living with mental illness or a drug addiction will get access to treatment and rehabilitation, or whether they will instead be charged with a crime that is likely to result in jail time. The next Delaware attorney general must expand use of treatment and diversion, instructing deputies to refer more cases to diversion and advocating for wider eligibility. By targeting the underlying problems that lead to a crime in the first place, effective diversion programs can make Delaware safer and our justice system fairer.

Send fewer people to prison with shorter sentences
Prosecutors helped lead us into our country’s mass incarceration crisis, and we need them to help lead us out of it. The next Delaware attorney general must abandon the culture of locking up as many people as possible for as long as possible. They must replace it with a culture of fairness and seeking only the sentence necessary to deter crime. As the most influential law enforcement figure in the state, the attorney general must also commit to advocating for legislative changes that will fight mass incarceration.

End money bail
Almost a quarter of people in prison in Delaware are there without having been convicted of any crime. They are detained until their trial because they cannot afford their money bail. Money bail punishes people for not having financial resources and causes people to lose jobs, housing, cars, medical care and even child custody. The next Delaware attorney general must use their power and influence to communicate the harms of the money bail system and the need for reform, and should instruct their deputies not to ask for money bail for misdemeanor and theft offenses.

End racial bias and disparities in prosecution
Across Delaware, there are too many people of color caught up in the criminal justice system. Our next attorney general must commit to ending racial disparities in prosecutorial decision-making. This will require tracking and publishing statistics about the decisions made by their office, including disparities in charging decisions (including decisions not to prosecute), bail recommendations, diversionary program placements, sentence recommendations and plea bargains.

Let the public judge your performance
Too little information about prosecutors is made public. This lack of transparency prevents the Delaware community from knowing what decisions are being made or the outcomes of those decisions. Fully transparent practices and outcomes improve decision-making, allow the public to hold the attorney general accountable, and enable the public to push the attorney general in other areas in the future. In addition to publishing statistics about prosecutorial decisions, the attorney general should also pledge to publish policies regarding prosecution guidelines, police-involved incidents, bail recommendations, fines and fees, diversion programs, plea bargains, civil asset forfeiture and immigration considerations.

Listen to community needs
Achieving safety and justice is a community-wide effort. The next Delaware attorney general should evaluate their success based on how satisfied the communities most impacted by crime are, not based on how many convictions they get or how long the sentences are. Listening to the community also means holding police and prosecutors responsible when they engage in misconduct.